The face of farming in America is changing, as growers increasingly prioritize sustainable, regenerative, and organic farming practices. For many of these growers, dynamic accumulators are seen as a promising closed-loop nutrient management solution that converts farm waste into valuable nutrient sources, while reducing the need for purchased fertilizers and amendments. In response to this growing need, from 2020-2021 Northeast SARE (Sustainable Agriculture Research and Education, Northeast United States) provided research funding to Unadilla Community Farm, in coordination with Cornell University, to help expand our collective understanding of dynamic accumulators and investigate some potential on-farm applications for these plants. A big thank you to all of the interns who participated in this research throughout the 2020-2021 seasons, from tending to the test crops and collecting soil samples to brewing liquid fertilizers, taking pH tests, and more!

The first step of this research was the analysis of the USDA-hosted Dr. Duke’s Phytochemical and Ethnobotanical Databases, which contain peer-reviewed data on plant tissue nutrient concentrations across thousands of species. Dynamic accumulator thresholds were set across 20 beneficial nutrients, with 340 qualifying plant species and all available peer-reviewed nutrient data presented in an open-access, easy-to-use online tool. This online tool is provided to the public to help raise awareness and facilitate further research into these plants.

Background information on the database

Due to the similarities between the areas of hyperaccumulation and dynamic accumulation, and the fact that research of the former is further along than research of the latter, a clear pathway has already been established for researchers of dynamic accumulators to follow. A major component of clearly defining hyperaccumulation has been the establishment of nutrient concentration thresholds that plants must meet in order to be considered hyperaccumulators. Plants that have been proven to meet the thresholds are then entered into an easily searchable database. The database assists researchers in identifying promising plants for further study, and real-world applications for these plants can then be developed. The model hasn’t been perfected yet, and hyperaccumulator researchers are still facing some challenges, such as the existence of multiple competing sets of thresholds, several databases with conflicting criteria for inclusion, and additional quality control issues such as the use of “spiked” growing medium or contaminated plant tissue samples giving inflated nutrient readings (Reeves, Baker, Jaffré, Erskine, Echevarria, van der Ent, 2018; Jansen, Broadley, Robbrecht, and Smets, 2002; Rascio and Navari-Izzo, 2011). But the implementation of nutrient thresholds and curated databases of hyperaccumulator species has gone a long way in advancing the study of these plants.

The “Dynamic accumulator database and USDA analysis” online tool was created in 2020 by Unadilla Community Farm, with support from USDA-NIFA through Northeast SARE under subaward number FNE20-967. This database is intended to provide up-to-date information on all available peer-reviewed data on dried plant tissue concentrations of 20 beneficial nutrients, aggregating data from the USDA-hosted “Dr. Duke’s phytochemical and ethnobotanical databases.” Following Brown’s advice, USDA’s “high ppm” values are used as these correspond with dried plant tissue samples, consistent with hyperaccumulator thresholds. This data is used to calculate nutrient value averages across 7,098 entries. Threshold concentrations are then set across 20 nutrients, following the model used for the identification of hyperaccumulators.

Unlike hyperaccumulators, which accumulate toxic heavy metals or metals of interest to the mining industry, dynamic accumulators are defined by their ability to accumulate nutrients that are beneficial to plants. Therefore threshold concentrations are calculated for 20 nutrients that have been shown to be either essential or beneficial for plant health: N, P, K, Al, B, Ca, Cl, Co, Cu, Fe, I, Mg, Mn, Mo, Na, Ni, S, Si, Se, and Zn (Provin and McFarland, 2018; Uchida, 2000; Vatansever, Ozyigit, and Filiz, 2017; Kiferle, Martinelli, Salzano, Gonzali, Beltrami, Salvadori, Hora, Holwerda, Scaloni, and Perata, 2021; Leyva, Sánchez-Rodríguez, Ríos, Rubio-Wilhelmi, Romero, Ruiz, Blasco, 2011). Dynamic accumulator thresholds of roughly 200% of average concentrations result in a total of 340 plant species that have been shown to achieve nutrient concentrations high enough to qualify as dynamic accumulators. On average, dynamic accumulators currently account for 9.59% of plants in each nutrient category. Plant species that meet dynamic accumulator thresholds are presented in the online tool in a detailed list, along with all available nutrient concentration data, to assist in further research.

Key Highlights from our Findings

The full report on our findings is available below. 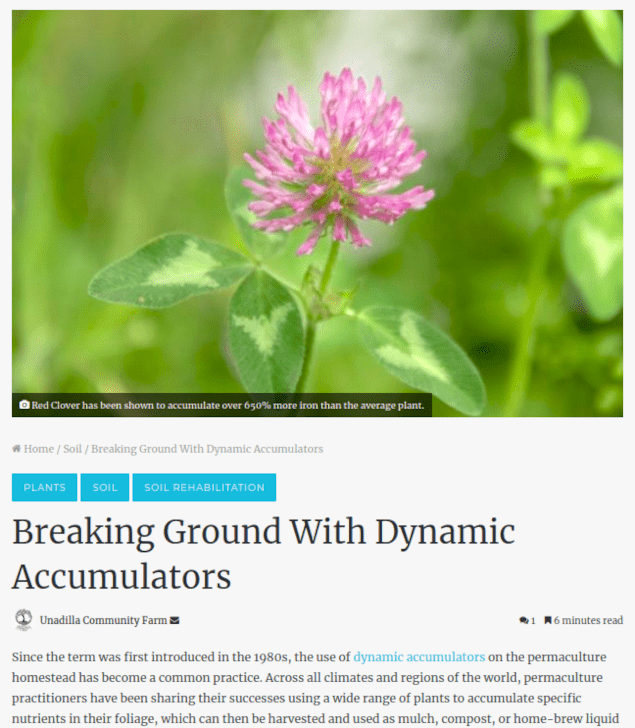 In March 2020, an article titled “Breaking ground with dynamic accumulators” was published through the Permaculture Research Institute to publicly announce the creation of the online tool. 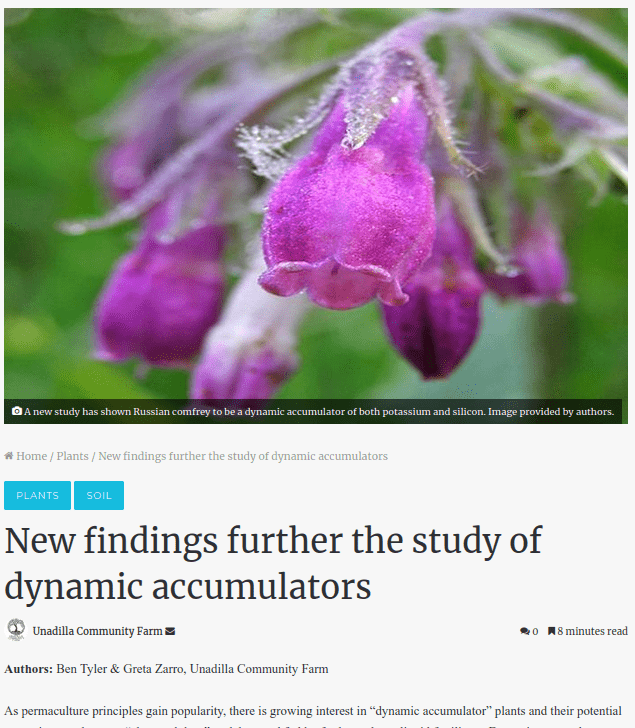 In January 2022, a follow-up article titled “New findings further the study of dynamic accumulators” was published through the Permaculture Research Institute to announce the research results. 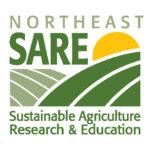 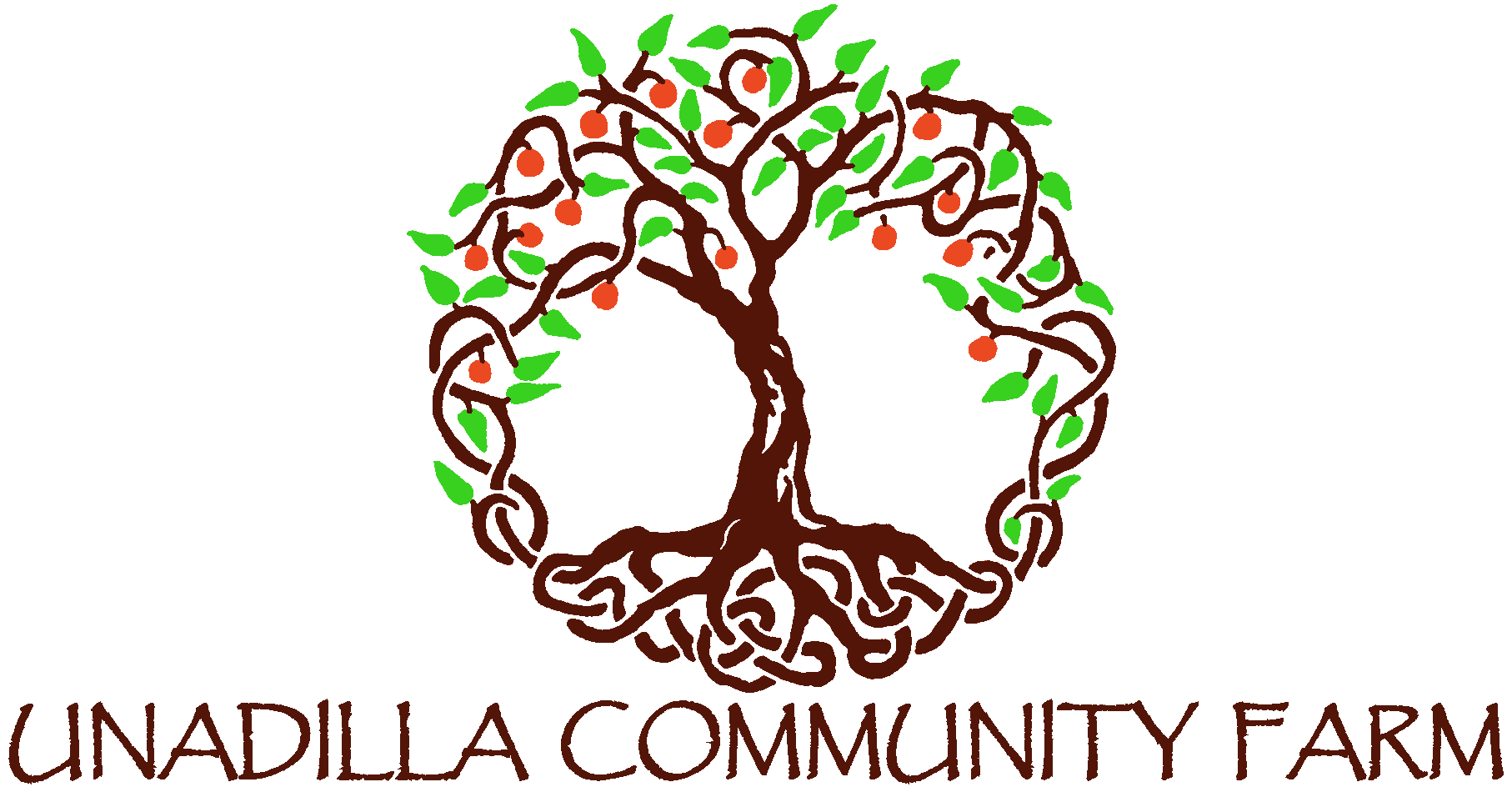